In 2021 we had a superb Judging panel

2022 Judges to be announced in March 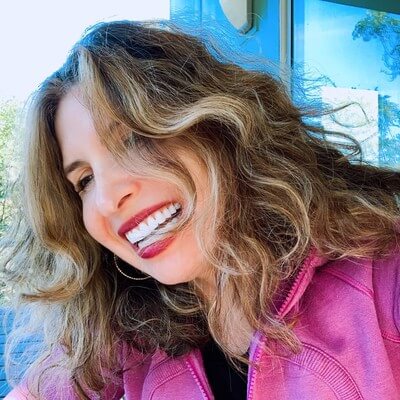 Founder and Creator of
Catch My Party

Jillian is a party enthusiast, party and food stylist, and entrepreneur!

Jillian and David came up with the idea for Catch My Party because they love everything to do with entertaining, and wanted to create a place to inspire others to throw unforgettable parties, celebrate the amazing creativity around the world, and have some fun!

Before starting Catch My Party, Jillian got her MBA from Stanford University, and was also a writer for TV and movies in Hollywood.

In addition to Catch My Party, Jillian has a podcast called The Blogger Genius Podcast, and has another business she started with David to help bloggers grow their social media followers and email subscribers called MiloTree. 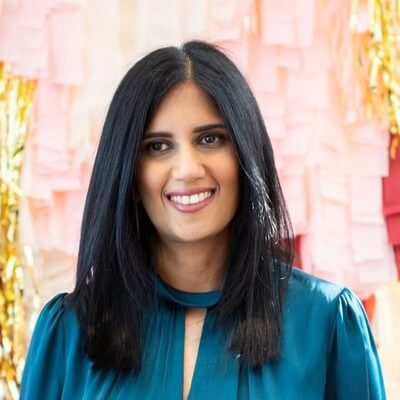 She is the founder of ‘Celebrating Little Ones’ magazine along with the well known Life’s Little Celebrations blog and directory where she showcases members of ‘The Celebrate Society’. She has grown her instagram following at to 115K + followers and developed an amazing industry community.

Her business has been featured in publications such as Donna Hay Magazine and Practical Parenting Magazine.

She is a mother of 4 and lives in Sydney and previously worked in Human Resource Management and Secondary Teaching before becoming a mum. 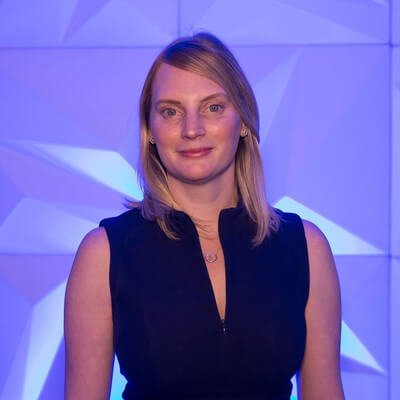 She is currently leading the vibrant and creative team as the General Manager of Events Fantastic Australia, Backdrops Fantastic, Modular Backdrops Australia, and Light Up Letters.

Caroline brings with her over twelve years’ experience, having started her career in the Corporate Event world organising all aspects of conferences, awards, and company events.

Caroline is an active member of the event industry and believes in giving back to the community and industry through volunteering, sponsorship and raising the bar of excellence within the industry.

Caroline is the Vice President of Women In Tourism, and is actively involved in and a member of Meetings & Events Australia, Business Chicks, Gold Coast Tourism, and Burleigh Business Women. 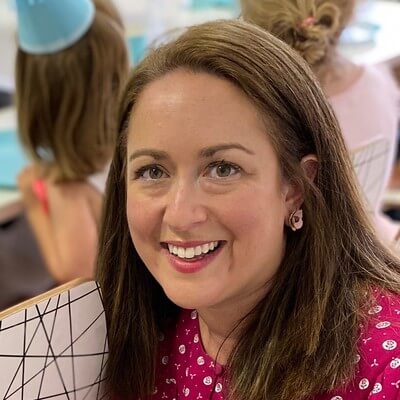 She is an event stylist, publicist and self confessed sweet tooth.
On the blog, Emily shares all the sweet & happy things in life – from
party and entertaining ideas, inspiring desserts, styling inspiration &
what is on in Melbourne.

Emily has a background in Lifestyle PR & Events and has styled, hosted,
and publicised hundreds of events ranging from media launches &
fashion events, through to product launches and charity luncheons.

Emily and her husband Peter have two children and they in Melbourne. 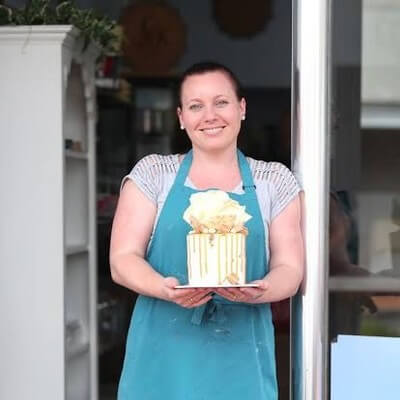 Founder and Baker at
Cakes by Kyla

Owner of Cakes By Kyla, located in Gosford on the Central Coast of NSW, for over a decade Kyla has been bringing her customers ideas to life, and her creativity, and artistic talent, especially with sculpted cakes has seen her amass a huge social media following in excess of 65,000 followers who have watched her journey from a home kitchen to a much loved shopfront where she works 6 days a week.

Her talents also caught the eye of Julie Goodwin, Australia’s first ever MasterChef winner, who approached Kyla 6 years ago and asked her to teach at her cooking school – she has been there ever since.

Having created over 8000 cakes, Kyla has now stepped back from that part of her career, and has built a reputation for cupcakes. This has seen line-ups down the street on many occasions, and has led to her being interviewed on NBN News, Channel 10 News, Studio 10 and A Current Affair, as well as being featured in The Daily Mail, The Daily Telegraph, New Idea and Take 5 Magazine, twice!

Having herself won many, many awards, Kyla is excited to bring her wealth of knowledge and experience as a guest judge to the inaugural Australian Party Stylist of the Year industry awards and looks forward to seeing all that is on offer. 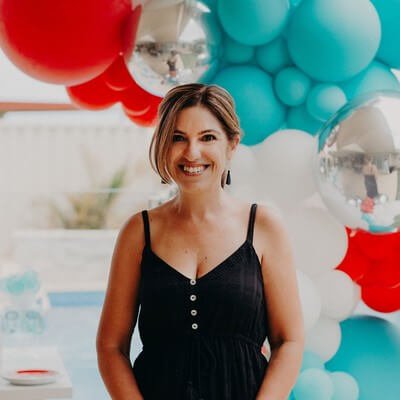 Whether it was a birthday, anniversary, baby shower, engagement, wedding or Christening, it needed to be celebrated in style. With a background in Sales and a desire to create a one stop boutique brand party shop, Shelley launched Favor Lane online party boutique in April of 2012.
Shelley commits to offering every individual customer a fun and satisfying shopping experience and after sale advise or support. Constantly dedicated to sourcing the newest, trending and unique party and wedding décor from Australia and across the globe. This has enabled her to support independent craftspeople and manufacturers, whilst providing exceptional products and brands to her customers.
Shelley has established mutually respected relationships with fellow party industry business owners. Strongly believing that the benefits gained from such networking and collaborations, has assisted her business by boosting sales, increasing efficiency, and built great brand awareness. Shelley consistently invests time, energy, and support in helping others to get their new small business off the ground. Sharing the highs and the lows of her unique journey of building a successful business. This makes her a valuable asset to the Party and Event Industry. 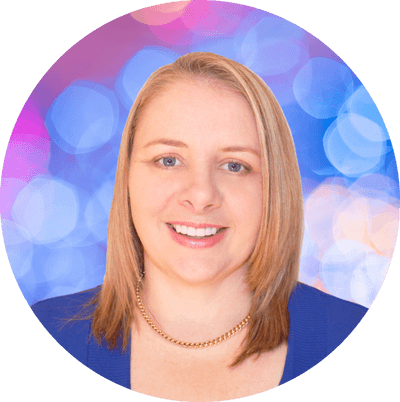 Kirsty, began her online journey in 2004, originally selling second-hand children’s toys and clothing on eBay. However, she soon discovered that there was an opportunity to retail brand
new items on the platform and introduced a range of party items. As the success of these party lines grew, Kirsty saw the opportunity to launch her own website and Discount Party Supplies was born.

Over the last 13 years, with Kirsty at the helm, Discount Party Supplies has transformed from a humble home-based business into a thriving company which delivers 200,000 orders per
year and employs 50 dedicated party people.

Discount Party Supplies has been recognised by Fast Movers SA for the last two years running, as one of South Australia’s top fastest moving businesses.
Kirsty has featured in numerous media segments and articles and is regularly involved in industry events. She was the co-chair of the Online Retailers Adelaide group and enjoys collaborating with other online retailers.
Kirsty’s catch cry at work is, “Let’s go make someone’s day!” It is with this enthusiasm she is looking forward to judging the talented finalists in the inaugural Australia Party Stylist of
the Year awards.

What are our judges looking for? The criteria for judging is based on the following:

Service: Our judges will be looking at how you serve your clients. We want you to share examples of excellent service.

Innovation: We are looking for evidence that businesses are thinking in innovative ways. Show us how you’re improving your service and products.

Client management: Clients are the backbone of all business. Our judges want to see how you build relationships and work with your clients.

Inspiration: Judges will be asked to look at where you draw creative ideas and inspiration from. How are you keeping up with new trends?

Skills and Training: Education and upskilling are important tools for all businesses and employees. Judges will look for evidence that you are applying new knowledge to make improvements to your service and products as you grow.

Do I have to be big to win?

Your business turnover, and the number of clients you serve is not in question here. We want to recognise that no matter what size your business is that service excellence and commitment to doing what you love is at the forefront of your business.

Can I put myself forward?

The only way to get recognised, to grow and be seen is to put yourself out there. We encourage you to step forward, enter the awards, and share that you are worthy of the same accolade as other larger businesses.

I haven't thought about my business in the way the criteria describes.

You might surprise yourself when you answer questions about your business in this format. We are all running successful businesses and serving clients and making measured improvements everyday. Answering the questions to complete your submission might help you better express your business competence next time you come across a challenge.

How is my application being assessed?

Our judges will follow a list of criteria to assess your entry.
This is done anonymously, and by an independent panel of experts in the party industry.